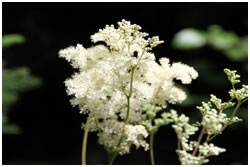 Chinese herbal medicine is part of the Traditional Chinese Medicine system of healing which can be traced back to 2500 BC. The texts written at that time are still studied and adhered to. The basic principle is that illness is seen as a sign of disharmony within the whole person and the task is to restore harmony and balance, thus allowing the body’s own natural healing capacity to work more efficiently.

The herbal formulae in Chinese herbalism, might include just 2 herbs or as many as twenty. The interaction between the different plants can be as significant as a single plant depending on what the requirement is. The result can be a potent brew that can have dramatic and therapeutic effects.

Herbs are generally given as pills, powders, or in the form of a decoction or soup.

European Herbal medicine texts date back to 10th century AD and was mainly documented by the monks in the Christian monasteries. Over time there was a merging of traditions, when the early pioneers settled in America. The indigenous traditional herbal medicine practices were shared and documented in the 17th century.

Herbs are generally given as dried herbs in the form of tea, or decoction, and as tincture which may combine up to 5 herbs, or as a single herb.

Ayurvedic medicine which contains similar philosophical concepts to Chinese medicine dates back to earlier than 3000 years.

Shamanism herbal medicine Native American Herbalism is shamanistic, and involves the use of herbs, barks and extracts from the Amazonian rainforests and cactus from the deserts. The way that this type of medicine works is similar to how the Siberian shamans and European herbalists used various mushrooms, and plants to ‘travel to the other realms’ to bring back information and healing methods. This tradition is still practiced.

The advent of modern medicine is young in comparison to the traditional herbal medicines. It was only during the late 1700s and early 1800s that the first modern drugs were isolated. For example Morphine came from Opium poppy. Aconite from monkshood. Quinine from a Peruvian bark and Aspirin from willow bark.

The following lists are an indication of the richness of the healing potential of our planet. It is said that whatever grows in proliferation in your garden or where you frequently walk, is growing for your benefit. 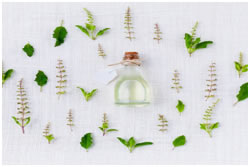 Herbs to boost the immune system and specifically used as anti virals and antibacterial, antiseptics

Herbs to help clear the liver and lymphatics

Herbs to calm the nervous system and assist heart circulation

Herbs to cause urinary diuresis

Herbs to regulate the adrenal gland 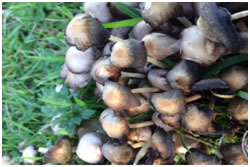 Anyone with a compromised immune system or is more prone to getting sick and fatigued. Especially true when stress is great and immune inundation is heavy. Mushrooms are also very beneficial for managing a wide variety of viruses and pathogens.

Here is a list of some of the mushrooms with a brief description.

Reishi Mushroom is an edible type of mushroom which has been used for thousands of years as an immune-stimulant. It is known as the King of all medicinal mushrooms. It is shown to be helpful for people with the negative effects of stress, chronic fatigue, intestinal inflammation, leaky gut syndrome, chronic bronchitis, viruses and other infectious diseases. Studies have repeatedly shown that Reishi mushrooms have antioxidant abilities that allow the body defend against cancer, autoimmune diseases, heart disease and much more. Research shows that the polysaccharide beta-1,3-D-glucan in Reishi boosts the immune system by raising the amount of macrophages T-Cells, which has major implications for people suffering from AIDS virus and other immune system disorders.

This natural mushroom is believed to have healing elements to strengthen the body against illness and disease. Its main effects are to strengthen the immune system, particularly by enhancing workings of one of the most critical cells, known as T helper cells. T helper cells tell all the other cells in the immune system what to do and to what degree and when to stop their action, (adaptogenic action). For women who have an immune system which is confused, Coriolus play an important role in assisting in the regulation of this.

Coriolus may also improve quality of life by reducing susceptibility to infections such as colds and flu and other negative effects of having a suppressed immune system. They may help cancer patients when going through chemotherapy, by helping to strengthen the immune system which becomes weakened by the chemo. In particular it has shown to have strong role in the treatment of breast and prostate cancer.

Cordyceps is fungus which originally was isolated in the Himalayas in Tibet, as a fungus which grows on a type of caterpillar. A medicinal mushroom that has been used for centuries to reduce symptoms of respiratory disorders, coughs, colds, and in particular liver damage. Health benefits include cholesterol reduction, faster recovery from bronchitis and respiratory diseases, increased efficiency and stamina of the circulatory system, anti-tumour properties, liver protection, recovery from chemotherapy, sexual potentiator, general body adaptogen resulting in more energy strength and stamina. In studies, cordyceps have shown the ability to increase the number of T-helper cells that fight infections while not increasing the number of T-suppressor cells.

Cordyceps play an important role in helping to regulate the immune system for women who suffer infertility.

Mesima or Meshimakobu, is especially rich in beta 1-3 glucans and has been shown to cause increased production of T Cells and B cells. Along with increasing white blood cell counts, Mesima has also demonstrated an ability to increase the activity of Macrophages and natural killer cells. It possesses anti-viral, anti-inflammatory, anti-oxidant and cytotoxic properties. In some studies marked improvement was witnessed in cancer patients who consumed the mushroom in conjunction with other treatments. Its remarkable property to reduce inflammation helps patients with rheumatoid arthritis, fibromyalgia, colitis, allergic reactions.

Many women who have elevated levels of Natural Killer Cells and cytokine often suffer infertility issues. Consuming Mesima has been shown to lower these components, and thus increase the chance of successful pregnancies.