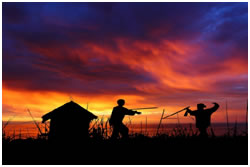 Chigong is an ancient Chinese practice which involves certain breathing techniques, and movements, with focused intention of the mind. It is thought to have its origins during the 5th Century BC, at the time of the evolution of Daoism. It is widely used in China and the far East and is the origin of many martial art forms including Taichi Yuan.

Research studies have shown that regular practice have led to significant improvements in longevity, mental emotional and physical wellbeing.

It is effective in increasing bone density, reduction in inflammation, regulation of immune system, reduction in stress anxiety and depression. When used with chronic illness, it has been shown to have a significant improvement in health and wellbeing. It may help reduce the pain of arthritis, fibromyalgia, and chronic fatigue.

To discover more about chigong, I invite you to read an article on longevity here.

Taichi is a beautiful set of movements, which are performed slowly and gracefully. The practice encompasses the principles of chigong, from which many forms of martial arts originate.

With regular practice Taichi can help to free up stiff and painful joints, release tight muscles and to increase blood flow to the peripheral body.

Chi (Qi) flows throughout the system, and energises the internal organ, nervous, hormonal and muscular system. It helps to maintain wellbeing and create a freer and healthier body, with a more relaxed mind. It is considered a moving form of meditation. To view the Wu style Taichi form which Kate teaches see here.